At some point in time, most little girls are enchanted by ballerinas: the tutus, the toe shoes, the twirls. If those thoughts went through Jami Kozemczak’s mind, they were brief. She wanted to be a marine biologist, although she now admits to being terrified of sharks. A political science degree from Arizona State University would ensure a career on dry ground. It did, although not where she expected.

Kozemczak’s first job out of college was in marketing and public relations, and then fundraising, for Arizona Theatre Company. “I love the nonprofit world!” she said. And then, an incredibly prescient Ballet Arizona board member changed Kozemczak’s life.

“It was Carol Schilling’s last year on the board,” Kozemczak said. (Schilling is now a board chairman emerita.) “The ballet had a staff of just two and Carol realized an investment in the organization was needed in order to keep growing. She was a visionary.” Schilling created the development officer position, found Kozemczak, and underwrote her position for two years. “I had my dream job,” Kozemczak said. “I would never have walked into this organization without her.” And thus, Kozemczak’s first second act in nonprofits began in April 2014. 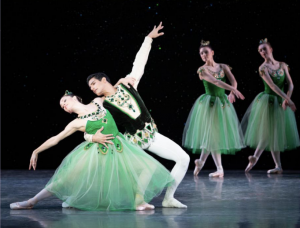 Ballet Arizona had undergone its own second act 15 years earlier. After its creation in 1986 — the result of bringing together three smaller and struggling Arizona dance companies — the “Cinderella” season launched that October, with a performance of, aptly, “Cinderella.” But by the late 90s, the ballet was again besotted with financial troubles. Thankfully for everyone in this state, a wildly successful fundraising campaign saved the day in 2000. Since then, the company has continued to wow audiences under the artistic direction of former New York City Ballet principal dancer Ib Andersen.

Kozemczak has wowed her coworkers at the ballet, as well. A year after assuming her position, she was promoted to director of development, a job in which she happily immersed herself. Then in early 2022, the ballet’s executive director, Samantha Turner, announced she was leaving. Kozemczak had always hoped to ascend to that position some day, but a cup of coffee last October revised her timeline.

As they chatted over lattés, her friend (who’s also a Ballet Arizona volunteer) encouraged Kozemczak to apply for the position. She said she’d think about it. 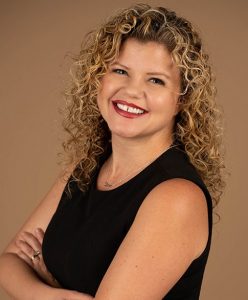 “But from that moment on, I couldn’t stop thinking about it!” she laughed. “I encouraged the ballet to do a national search. If it was to be me, I wanted to make certain that I was the best candidate for them. The search took six months — there were many interested candidates. And ultimately, it was me!” Kozemczak assumed her new role as executive director on July 1 of this year.

Now in her second second act in nonprofits, Kozemczak says she wakes up every day with fresh ideas. The ballet is in an “all systems go” mode. Ticket sales have returned to their pre-COVID numbers, and contributions are exceeding pre-pandemic levels. They have also resumed their wonderful community programs: classes in schools, lifelong learning events, free performances in parks across the Valley, and more.

“We want to make magic for the community,” Kozemczak said. In that, too, Ballet Arizona is successful, touching the lives of more than 35,000 children each year, along with countless adults. Kozemczak feels lucky to be surrounded every day by people who have given their lives to the success of the ballet.

With a bright smile, a lilt in her voice, and boundless enthusiasm, Kozemczak makes everyone feel ballet’s magic.

Judy Pearson is a journalist, published author, and the founder of A2ndAct.org. Her organization supports and celebrates women survivors of all cancers as they give back to the greater good in their 2nd Acts. Her passion is finding those who have have healed themselves by helping others.
More in: A 2nd Act, Arts & Culture, Magazine