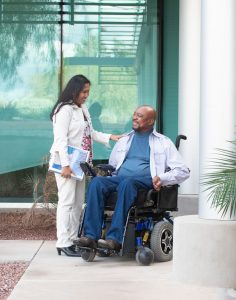 It’s indisputable: Little brothers look up to big brothers. But what Christopher Rodriguez learned from his big brother impacted not only him, but many others along the way.

T.J., four years older than Chris, was born with IDD (intellectual and developmental disabilities). Watching his older brother navigate life inspired Chris. “T.J. is my only sibling, and I had an interesting vantage point,” Rodriguez said. “My natural inclination was to think about what I could do in my life to tear down the barriers I saw him face.”

Rodriguez also had an interest in policy, politics and law. When he was ready for college, the challenge was to find a way to marry those passions with his desire to be a change agent for T.J. and others like him. His challenge was solved at the University of California, Berkeley, where he combined his passions with a minor in disabilities studies. Having competed in gymnastics since the age of 3, Rodriguez earned a scholarship 16 years later, and this man with a big Texas heart (he was born in Houston) has never regretted a minute of his chosen path.

A graduate degree in public affairs followed and was enhanced by what Rodriguez calls “Potomac Fever,” the urge to spend time in Washington, D.C. There, he lobbied for the disabled on a national level. “But I realized that working on a state level, you actually see more laws passed than at the national level,” he said. That’s when his second act began.

For Rodriguez, every career move has put him in a dream job. Austin, Tex., Lansing, Mich., and Los Angeles, Calif. have all benefited from his knowledge and experience as a caregiver for someone with IDD. He says he thrives on new challenges but always wants to be positioned where he can have the most significant effect.

The Valley of the Sun became brighter when he arrived at Ability360 in June 2021. Founded more than 40 years ago, the organization offers programs to empower people with disabilities to achieve or continue independent lifestyles in the community. “It’s a culture of innovation that embraces the philosophy that no project, no idea is too large as long as there are resources to cover them,” Rodriguez said. 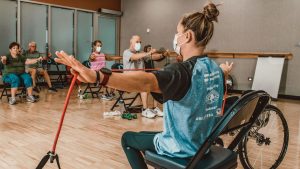 Disabilities come in many forms, and Ability360 strives to serve all spectrums and all ages. Their 45,000-square-foot sports, fitness and aquatics center is the first of its kind in the western United States. Competitive sports programs for persons with disabilities, fitness, health and wellness are all here. Their Center for Independent Living assesses client needs, helps them develop goals, offers independent living skills instruction, and provides a home modification program for lower-income individuals. E-gaming is extremely popular among those with disabilities, so Ability360 makes sure their clients have access to computers and the Internet, too. 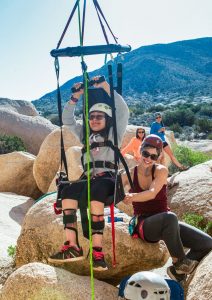 Last year, they took on a youth-in-transition program to help young clients move into education or employment. And next, they’ll be preparing to add a veteran specialist.

The “360” in the name refers to the organization’s goal of supporting the whole person, empowering them to live as independently as possible —and that’s reflected in all of their programming. Sometimes it’s as simple as speaking with someone “who’s been there,” so Ability360 provides peer-to-peer mentoring. Other times, a louder voice is necessary, and advocacy takes a front seat. Ability360 offers advocacy training, from a volunteer level and personal level to a governmental level.

As president and CEO, Rodriguez says one of his (and the organization’s) biggest challenges is getting the word out. “We’re always looking for ways to educate the public about the variety of support we have,” Rodriguez said. “So often we hear, ‘I wish I had known about Ability360 years ago.’”

Judy Pearson is a journalist, published author, and the founder of A2ndAct.org. Her organization supports and celebrates women survivors of all cancers as they give back to the greater good in their 2nd Acts. Her passion is finding those who have have healed themselves by helping others.
More in: A 2nd Act, Magazine