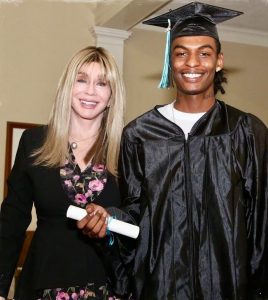 After 32 years of leading the institution she founded, Karen Callahan is retiring as principal of Genesis Academy High School and executive director of Genesis City.

Since its inception in 1991 and through its award-winning programs, Genesis City has provided new beginnings to 7,000+ of the most disadvantaged teenagers in Maricopa County. From its humble beginnings in the basement of the Phoenix College cafeteria in 1991 to its current campus on 7th Street and McDowell Road in central Phoenix, Genesis has grown into one of the Valley’s most important organizations focused on young men and women eager to complete their high school education after stepping away from their school pathway some years earlier.

“After 32 years of serving to open the doors of opportunity to our Valley’s most disadvantaged youth, I have decided to entrust this tremendous responsibility to a successor who is fervently committed to carrying on Genesis City’s crucial mission. I am proud to have played a major role in Genesis City’s miraculous transformation from a small community college program into the much-loved multigenerational charity that it is today,” Callahan said.

“With Dr. Hesse at the helm, I have faith that Genesis City will continue to prosper as a lasting touchstone of success for disadvantaged Valley teens in this and future generations,” Callahan said.

In accepting the new responsibilities at Genesis, Hesse said, “I, along with the faculty and staff, pledge to build upon the foundations of excellence laid before us to provide the best comprehensive opportunity for our students.”

For more behind this Frontdoor, visit genesiscity.org.

Frontdoors Media celebrates the people and groups who give generously and work to build the future of our community. It’s the premier source of information – and inspiration – for those who strive to make the Valley of the Sun a better place to live.
More in: Featured, Philanthropy Pros