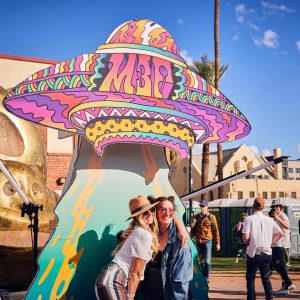 There’s nothing quite like music-festival life. If you’ve attended a multi-day music fest, you understand the magic. Complex and wild, a music festival can feel like an adult’s happiest place on earth.

If you aren’t familiar, it is much more than tunes in an outdoor setting. Yes, live music is the sweet spot of festival life; however, equally appealing is the unexpected joy of stumbling on a favorite new cuisine in the food village, the drama of an art instillation, the collective energy of standing shoulder-to-shoulder with strangers belting out lyrics in unison. Music-festival life is a vibe.

Whether you’re a frequent fest flyer or have yet to attend your first, lucky for you: M3F Fest is happening soon in the Valley of the Sun. It checks all the festival boxes and so much more — it’s rock ‘n’ roll with an extra dose of soul.

Music to Our Ears 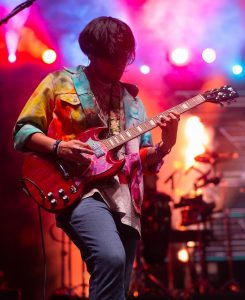 M3F Fest is one of North America’s most celebrated nonprofit music festivals, and it’s scheduled on
ce again in downtown Phoenix, March 3–4, at Margaret T. Hance Park. All festival proceeds are donated to charity. You read that correctly — 100 percent of festival proceeds go to charity. For approximately 20 years, M3F (formerly the McDowell Mountain Music Festival) has not waivered in its commitment to giving back. Operating under the principle that each ticket sold goes directly to charity, festival operators’ claim that “every ticket counts!” is literal in every sense.

Last year, a record $1.2 million supported nonprofits, most of which are right here in the Valley. Organizations such as Phoenix Children’s Hospital, Habitat for Humanity, Arizona Helping Hands, Saving Amy, Hospice of the Valley, Desert Foothills Land Trust, TGen and more received funding from proceeds derived directly from the festival. This year, beneficiaries are tracking the same, with the majority of proceeds allocated remaining local. As an expansion to the mission’s outreach, the newly launched M3F Fund opens funding to the public with a year-round application program for nonprofits seeking support. Through the M3F Fund, qualified organizations are welcome to submit an application detailing how funds will serve them. 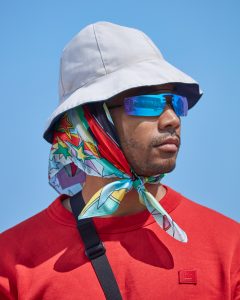 According to Warner Bailey, festival manager for M3F, “Our goal is to continue to find new partners in Arizona that have clear objectives and a measurable way to assess progress. We opened up submissions on M3F Fund to help us find new charities that fall within those guidelines.”

By now, you’re likely thinking, this all seems too good to be true. But it is real, and the evolution of M3F is just as spectacular. The brainchild of John Largay, founder of Phoenix-based Wespac Construction, Largay was searching for a team-building event that his employees could collaborate on while giving back to the communities where they worked and lived.

In 2004, M3F launched, thanks to the exuberant efforts of Wespac employees and volunteers. From there, the project blossomed, transforming year after year in attendance, proceeds and anticipation while never drifting from its mission to give all proceeds to charity. The combination of giving back, camaraderie among the Wespac team and creating a fun community event was trifecta gold. Since 2004, $4.4 million has funded numerous community projects.

The range of musical genres is diverse. From indie, pop, R&B, electronic and more, the mix of artists is part of M3F’s attraction. Single-day tickets, weekend (two-day) tickets and VIP options are available through the website, with a layaway payment plan offered as well. Single-day general admission tickets are $75, excluding fees; the full weekend before fees is $120. Children under 10 can attend for free. 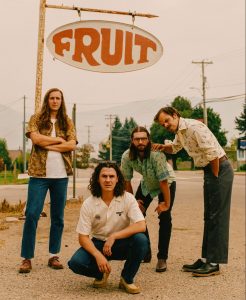 With approximately 30,000 visitors estimated to attend M3F in March, Margaret T. Hance Park has proved to be an ideal space for the festival team. Comprised of 32 acres, the tree-lined park is easily accessible by freeway, with hotels nearby for festivalgoers needing lodging. Art installations provide photo opportunities for attendees and are always a hit. This year’s installations are inspired by the Arizona landscape, paying homage to iconic spots like Estrella Mountain Park and Chiricahua National Monument.

Food and drink are essential components of any music festival and M3F turns it up with a curated collection of local food trucks. The Ponderosa Vendor Village is a space to chill, hydrate (a free water-filling station is available) and shop a mix of local vendors.

Executing a music festival is no small feat. Since its inception, John Largay has gotten by with a little help from his friends. His team relies on fellow industry leaders to create the infrastructure for what is essentially a city in the park during fest weekend. Vendors in related fields help construct tents, build stages, deliver materials and take care of essentials such as sanitation, power, water and everything else required to pull off an epic and safe event.

With nearly two decades of music festival history under its belt, M3F has honored its commitment to the Cs: community, culture and charity. “Our goal is to continue to raise more and more money for charity while staying true to the roots that got us to the place M3F is today,” Bailey said. “Wespac has played such a crucial role in M3F, and their involvement is  what separates M3F from any other festival out there.”

Zenobia Mertel is Frontdoors Magazine’s Lifestyle Editor and covers a mix of Arts and Culture topics for the media company. She also works as an on-air host and columnist for Inspired Media 360, focusing on people, places, life and style.
More in: Creating Culture, Featured, Magazine