Health and Flavor Come Together

Sapiens Paleo Kitchen opened in North Scottsdale in 2019 to provide food that is not only nutritious but tastes good. The paleo diet highlights fresh, whole, unprocessed foods and eliminates grains, legumes, sugar and most sources of dairy to promote optimal digestion and health.

Sapiens’ husband and wife owners Roman Yasinsky, who is from Ukraine, and Chef Aurore de Beauduy from France, opened the restaurant with a purpose that is very personal — to provide delicious food while promoting overall well-being and reducing health issues.

The couple has been married for more than 20 years and ran Vogue Bistro in Surprise for a decade. After having some health issues, they did extensive research and found that changing their diet significantly improved their health and well-being. The range of benefits from their new way of eating, from weight loss to better digestion and reduced inflammation, inspired them to open Sapiens Paleo Kitchen, which caters not only to the paleo diet but also keto, gluten-free, dairy-free and others.

Sapiens Paleo Kitchen’s French-inspired gluten-free menu eliminates ingredients with low nutritional value that potentially contribute to obesity, allergies and inflammation. “Our chef understands how to cook fresh ingredients and has learned how to adapt classic recipes and replace ingredients to make our dishes tasty, healthy and beautiful,” Yasinsky said.

Some of Sapiens’ most popular dishes include its signature burger with grass-fed beef and nitrate-free applewood-smoked bacon on a paleo bun, meatloaf made with veal and Kobe beef, duck confit with an orange reduction sauce, and wild-caught seafood. Sapiens’ desserts are made with tuber and root flour and sweetened with monk fruit, including crème brulee, apple crumble and a waffle tartine.

“Many people come to Sapiens because we can meet their health needs in a delicious way,” Yasinsky said. “Some customers aren’t familiar with paleo, and it makes me happy when a diner who has no idea tells me the food is the best they’ve had. Anyone can enjoy delicious food, and health is a bonus.”

Sapiens also offers a meal prep service for paleo, keto and other diets, offering complete meals based on customers’ preferences and dietary needs. “It takes time to source, cook and prepare paleo meals from scratch. Our meal prep service makes it easy for people to eat healthily,” Yasinsky said.

Being in the restaurant industry for decades, Yasinsky and de Beauduy have seen a shift. “As people are becoming more mindful about what they eat, there are more options,” Yasinsky said. “It’s very rewarding to be part of this change toward better health.”

Symbolic foods for the celebration

In early February, several Asian cultures will celebrate the Lunar New Year, which signals the beginning of spring, and food is an integral part of the festivities.

“The Lunar New Year is the biggest annual celebration across Asia,” said E. John Banquil Jr., the owner of Ling & Louie’s Asian Bar and Grill and Ling’s Wok Shop. “The feasts in celebration of the Lunar New Year are often multigenerational and meant to bring families together. Food plays an important role in the celebration, with many of the foods served having special meaning. The food is meant to symbolize abundance, good health and fortune
going into the New Year.”

Several foods are associated with the Lunar New Year, including:

• Spring rolls also symbolize wealth as they are shaped like gold bars.

• Noodles are a symbol of longevity.

In addition to symbolic foods and a family feast, Lunar New Year is celebrated with elaborate decorations, fireworks and gifts of money in red envelopes for good luck. Lion and dragon dances bring prosperity for the year ahead.

Meanwhile, P.F. Chang’s celebrates Lunar New Year at its restaurants from mid-January through March. “Preparing good luck foods and sharing them with family and friends is an important spring festival tradition that is believed to bring good luck for the coming year,” said Heidi Bergeron, senior director of brand marketing.

To celebrate the Year of the Tiger, P.F. Chang’s will be launching a limited-time cocktail, Iwai of the Tiger. Each location will also be decorated with black and gold lanterns, which are believed to drive away bad luck.

“Our final installment of the Good Food Film Series focuses on the future of our local food economy and how we can get involved in building a more equitable and sustainable food system that supports our Arizona communities,” said Somlynn Rorie, manager of food and farms initiatives at Local First Arizona. “The film series has introduced many local food players and the work they are doing to safeguard our ability to nourish and feed Arizonans.”

•  “How Arizona Farmers Survive a Pandemic,” which features several Arizona farmers and highlights how they endured the challenges of the pandemic and how they are continuing to survive.

•  “From Farm to Restaurant” highlights Valley chefs and restaurateurs, sharing how local produce makes a massive difference in taste, the Arizona economy and their connection with farmers across the state.

•  “Addressing Inequity in Arizona’s Food System” highlights accessibility and how where food comes from makes a difference for our economy and the health of Arizonans, and how we can build a stronger food system together.

Films from the series can be viewed online for a fee, with proceeds supporting Local First Arizona’s
food programs.

As part of its work to strengthen local economies and connect the community, Local First Arizona is collaborating with the City of Phoenix on the Feed Phoenix initiative, which brings together chefs, restaurants and farmers to provide food to people impacted by COVID. 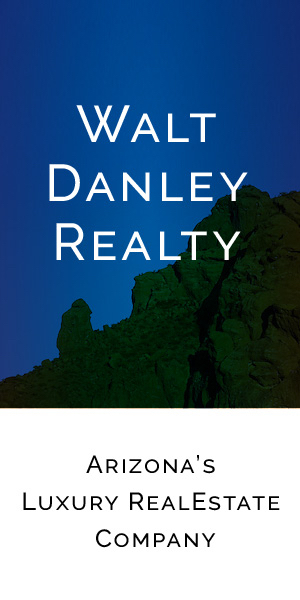