1957. Dwight D. Eisenhower was president, the Cold War was in full bloom, Arizonans could buy a gallon of gas or a pound of hamburger for 30 cents, and the Arizona Humane Society opened its brand-new facility at Hatcher Road and 13th Avenue in Sunnyslope.

Its function was to take in unwanted animals and — with luck — adopt them out to new families. Although it’s been expanded several times, that 64-year-old facility is still chugging along, bursting at the seams.

The good news is that during that time, AHS has launched many initiatives to care for the most vulnerable in the community, including a bottle baby ICU and kitten nursery, the Parvo Puppy ICU and isolation kennels, traveling Emergency Animal Medical Technicians, and a pet resource center.

The bad news is, with a human population now 10 times greater than in 1957 and an animal population many times larger than that, the need has exploded.

Daryl and Chip Weil felt that explosion reverberate in their hearts.

Daryl grew up in an animal-loving family.

“My father was an animal whisperer,” she laughed. “Whether it was a robin with a broken wing or a lost baby chipmunk, he was on the case.”

Daryl followed the family passion, supporting AHS and joining the board in 1995.

Chip has always been an animal lover, too. Dogs were his thing, and his favorite, Binky, still conjures up smiles.

“Apparently, I wasn’t good at naming them,” he said.

Under the Weils’ fundraising leadership, the society was able to open the Nina Mason Pulliam South Mountain Campus in 2002. It vastly increased AHS’s ability to tend injured and ill animals, along with increasing the spay and neutering program.

Still, Maricopa County was second-worst in the country — only behind Los Angeles County — when it came to caring for stray, injured and unwanted animals.

Then the man who would change everything arrived on the scene.

After 16 years with the American Society for the Prevention of Cruelty to Animals in New York, Dr. Steven Hansen became the AHS top dog in 2013. Not only does his enthusiasm for the animals of Arizona shine through in every word he speaks, but his compassion and guiding hand have made measurable differences in Arizona animals’ lives.

In the last eight years alone, AHS has saved an additional 130,000 pets over previous time frames. That equates to an 83 percent decrease in euthanasia. Intake has also declined by 61 percent during that time, largely due to AHS’s Pet Resource Center. This call center’s kind and empathetic individuals connect pet owners with affordable resources.

Given what Arizonans and their pets have endured over the last two years, it’s hard to imagine what might have been without AHS.

“Our goal is to always keep animals in their homes,” Hansen said.

Providing discounted veterinary services and supplies helps them do that. But Hansen had a bigger vision, not limited by determination, but by space. He dreamed of a new facility that would expand animal welfare. A facility where infectious diseases (previously fatal for lack of vaccines and treatment) could be controlled by ventilated air, scrubbed free of germs. One with an evening-hours clinic at affordable prices, kids camps for learning about animal care, and adult educational opportunities.

Hansen’s vision has become the Rob & Melani Walton Papago Park Campus. And to make it a reality, Hansen could imagine no one better to serve as honorary chairs of the fundraising campaign cabinet than AHS’s previous heroes, Chip and Daryl Weil.

The Weils generously accepted the challenge.

So how does this campaign differ? First, it comes with a much larger goal than the South Mountain Campus had: $49 million.

“This used to be a vacation destination,” Chip said. “People came to visit and then went back to their hometowns to donate to their local charities. Raising a large amount was difficult, mostly coming from big businesses, like banks and newspapers.”

Increasingly, local individuals are stepping up.

“The Valley population has almost doubled since 2002. Wealth has expanded, too, and that’s resulted in the creation of foundations and individuals’ ability to contribute,” Chip said.

Three foundations — the Rob and Melani Walton Foundation, the Lazin Animal Foundation and the Nina Mason Pulliam Charitable Trust — laid the groundwork, along with Mike and Cindy Watts, who donated the land. Additional funding is still being raised. Both the Weils and Dr. Hansen are quick to point out that every donor dollar counts, whether it’s $5 or $5,000.

So, what will those dollars accomplish? They will create an animal facility like no other in the country.

“We are transforming what it means to be an animal in Arizona. The future of animal welfare is happening here. It’s happening now. The idea of an animal shelter as a ‘pound’ is a historic relic,” he said.

When AHS broke ground on the 72,000-square-foot facility last November — conveniently located near the juncture of the 202 and 143 freeways — it was with a very long list of features and benefits. When completed (projected to be in 2023), a pair of two-story buildings will be connected by a pedestrian “canyon,” all thoughtfully designed for pets and people.

On one side, at the Nina Mason Pulliam P.E.T. Center, adopters will have a calm meeting space to get to know the animals, which will come from kennels that are full of light and have easy access to enrichment spaces for out-of-kennel time. Cats and dogs are separated by sound walls and have separate airflow systems to reduce stress.

The building on the other side is the Watts Family Medical Center, featuring the trauma hospital. Its size will allow for the treatment of thousands more animals each year, reducing the number needlessly euthanized in shelters across the state. The new campus will support shelters throughout Arizona and beyond. “We’re planning on collaboration, not duplication of services,” Hansen said.

In that vein, AHS will now have multiple locations, each serving a critical mission. The new one at Papago Park will replace and improve on the majority of operations at the Sunnyslope location, which will continue to serve as a community hospital with vet services. Meanwhile, the Nina Mason Pulliam South Mountain Campus will continue its critical role in the mission to rescue, heal, adopt and advocate for animals.

Equally exciting will be the collaboration with students from the brand-new University of Arizona veterinary program. There’s no teaching hospital on the Tucson campus, but the Papago Park Campus will give them the experience they need.

“There’s currently a shortage of veterinarians across the country,” Hansen said. “In addition to other valuable experience, students will receive field training for animal cruelty and exposure to shelter medicine.”

Dr. Hansen and the Weils have a bit of a mutual admiration society. The good doctor describes the couple as impactful and passionate. Without them, he feels the project might not have happened. They orchestrated the capital campaign cabinet, have hosted multiple events, and have helped educate other donors.

As for the Weils, Daryl said, “Dr. Hansen is a terrific leader. Whatever comes out of his mouth is worth listening to. He’s willing to go anywhere to talk about this project and the animals. I think it was Dr. Hansen’s leadership that really drew Chip into this project.”

Or maybe it was Gizmo. Several years ago, at an early capital campaign meeting, one of the other cabinet members came with a small carrier containing a dog she’d been fostering. Daryl asked to see it, and out strolled a fuzzball with fur pantaloons. At about 5 pounds, he had had a rough start to life, found wounded in a gutter with myriad health issues. With a Rottweiler bark in a tiny body, he made Daryl fall in love. So did Chip, and Gizmo has been to every cabinet meeting since.

Just as Gizmo found his forever home, the fabulous Papago Park Campus is the Arizona Humane Society’s forever home, made possible through the love and generosity of so many, to transform animal welfare for thousands of pets to come.

Judy Pearson is a journalist, published author, and the founder of A2ndAct.org. Her organization supports and celebrates women survivors of all cancers as they give back to the greater good in their 2nd Acts. Her passion is finding those who have have healed themselves by helping others.
More in: Furry Friends 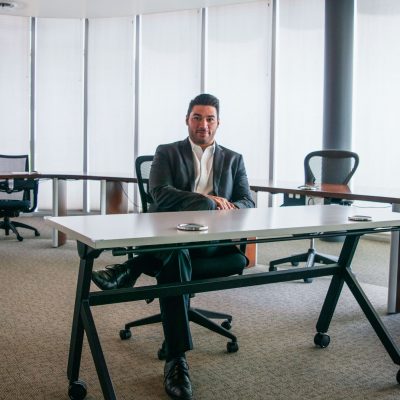 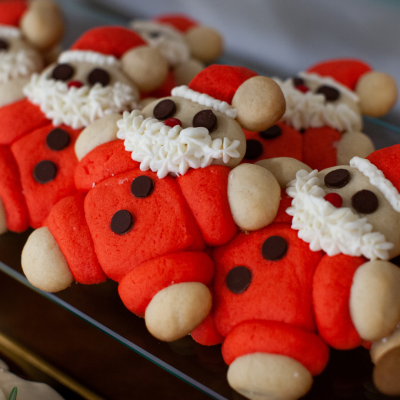