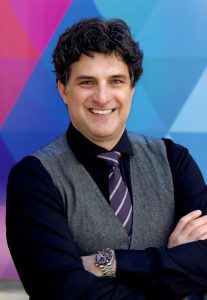 Arizona Theatre Company announced that Matt August has officially begun his new role as the Kasser Family Artistic Director of the 55-year-old professional theater company. A distinguished director and educator with more than 27 years of experience, August has worked in diverse markets, including Broadway, Off-Broadway, and LORT (League of Resident Theatres) and Regional Theatres, as well as with national tours, international venues, festivals and higher education.

“We’re delighted that Matt has officially started at ATC and can see he is excited to continue our legacy and forge our next chapter,” said ATC executive director Geri Wright. “Matt brings a wealth of theater experience, connections, creativity and innovative and thoughtful work to ATC.”

No stranger to ATC, August directed 2016/2017’s “King Charles III” and 2015/2016’s “Discord,” which he describes as two of his favorite projects. “It’s a new era for Arizona Theatre Company, and I am thrilled to begin working with executive director Geri Wright as we steward ATC toward its unlimited potential,” August said.

For more information about ATC’s current and upcoming season and other updates, visit atc.org.

Frontdoors Media celebrates the people and groups who give generously and work to build the future of our community. It’s the premier source of information – and inspiration – for those who strive to make the Valley of the Sun a better place to live.
More in: Arts & Culture, Philanthropy Pros