Colleen’s Dream Foundation celebrated its 2018 Golf Tournament and Evening of Dreams Gala on Feb. 23 and Feb. 24. The golf tournament was played at the Biltmore Golf Club, Adobe Course on Friday, followed by dinner and awards. In its fifth year, the Saturday evening gala took as its theme Dream in Color, and was held at the JW Marriott Scottsdale Camelback Inn Resort and Spa.

The event is celebrated each year on the anniversary of Colleen Drury’s passing. Colleen is the namesake and was the inspiration for the ovarian cancer nonprofit. The foundation was founded by her daughter Nicole Cundiff and Nicole’s husband, Billy, in 2012.

Ten-year-old Chloe Cundiff was awarded the Dreamer of the Year Award for raising nearly $10,000 for Colleen’s Dream during her summer break by selling lemonade. The evening’s program concluded with 29-year-old Brittany Crosby, an ovarian cancer fighter who shared her story of diagnosis and her current battle with the disease.

The 660 guests at the gala enjoyed live music provided by The JJ’s followed by an after-party, which moved to a different section of the ballroom where there was an additional dance floor and a DJ set by DJ Soloman. A Champagne fairy with Showstoppers Interactive Entertainment poured drinks.

The golf tournament and gala raised funds for ovarian cancer research, with the majority going to Phoenix research institute TGen for a clinical trial. The two events, plus the VIP kickoff reception on Feb. 22, enabled Colleen’s Dream to award $350,000 to TGen.

Danielle Kamm and auctioneer Letitia Frye with the French bulldog puppy that sold for $10,500 during the live auction 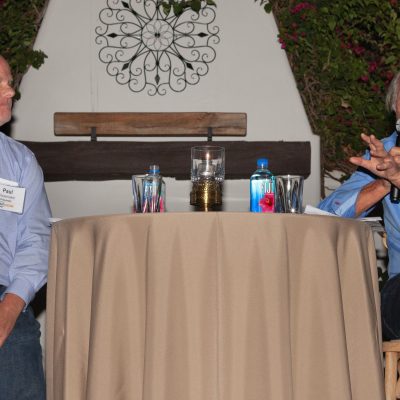 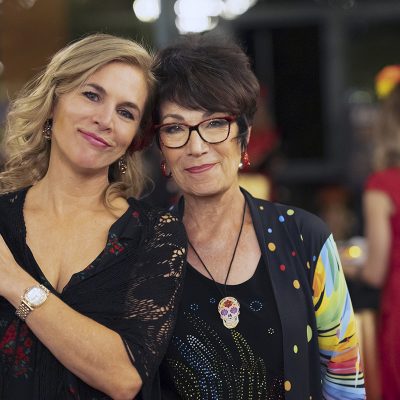 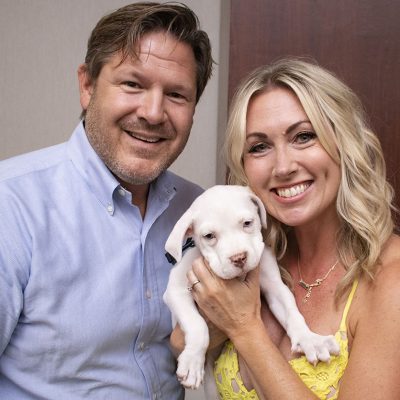 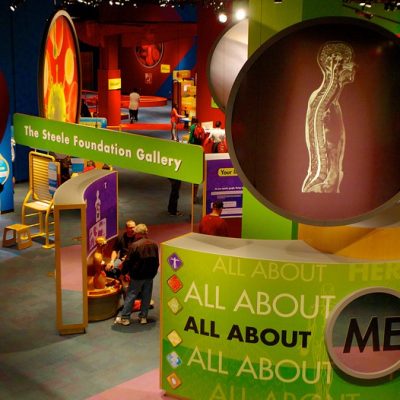