Next Doors: What a Difference a Decade Makes

Ten years ago, the Valley had a really big problem when it came to homeless pets — there were just too many of them.

Animal shelters were struggling to keep up with the influx of intakes. And sadly, there were far more pets than homes for them, resulting in many of the animals being euthanized. In 2012, about 37,600 stray and surrendered dogs and cats were euthanized in Maricopa County shelters — a staggering number.

It was a sign of a growing city’s growing pains, and animal supporters in the community knew something needed to be done. That’s when the Nina Mason Pulliam Charitable Trust teamed up with the Alliance for Companion Animals to launch a program called Fix.Adopt.Save., with the goal of reducing the number of unwanted pets through spay and neuter programs, increased focus on adoptions, and public education on responsible pet ownership.

“Fix.Adopt.Save. is the embodiment of so much that Nina Mason Pulliam loved during her life,” said Lisa Shover Kackley, a trustee with the Nina Mason Pulliam Charitable Trust. “She loved animals, and she understood the human-animal connection, and she was also a champion for education at all levels for the betterment of all … it’s probably the best, cohesive statement about what Fix.Adopt.Save. is to have the joining of the Alliance for Companion Animals and our partners.

“We had huge numbers of animals that were being euthanized because there wasn’t kennel space and homes, and spay-neuter was not as strongly embraced as it is today,” she said.

Launched in partnership with animal agencies across the Valley — and with $4 million in seed money from the Pulliam Trust and PetSmart Charities — Fix.Adopt.Save. set out to make sweeping changes to the Valley’s animal welfare. While it may sound like a process — get the pet fixed, get the pet adopted, save the pet — the program’s moniker actually represented three separate focus areas.

“It’s each an individual category that has multiple programs and components in it,” said Sonia Hernandez, project manager of Fix.Adopt.Save. “Obviously, the ‘fix’ is spay and neuter, the primary focus and where 99 percent of our funding goes. It’s the one direct, impactful service that decreases the number of animals going into shelters.”

“Fixing” pets is a matter of mathematics. For example, a single female cat left unattended can result in the birth of more than 200 cats in a single year, a factor of population growth beyond the exponential. Recognizing that not every feral pet is going to find a home, Fix.Adopt.Save. focused not only on pets in shelters, but also on ones roaming the streets to prevent this massive population jump.

Fixing is also a key part of the adoption process, ensuring that pet owners taking animals from shelters will not end up with, ahem, more than they bargained for. The behavioral aspects of fixing pets are significant as well — a spayed or neutered animal will not exhibit many of the more aggressive or annoying traits of a species, like marking territory or lashing out at other animals.

Saving pets involves more than just finding them a home. It means subsidizing medical care for pet owners who otherwise might have no other alternative than to put down a sick pet. And it means educating the public on their options for animal adoption, care and even surrender.

The results have been astonishing. Over the past decade, euthanasia rates in Maricopa County have dropped almost 90 percent, and intake at animal shelters has fallen nearly 60 percent. It’s an amazing turnaround that has saved the lives of pets and helped find happy homes for thousands of pets and pet-owning families.

“When I first began working with Fix.Adopt.Save., I realized this is really important work that a lot of other organizations that work in animal welfare don’t have,” said Dr. Nellie Goetz, chair of the Alliance for Companion Animals. “I think that’s central to the continued success and continued education of the program.”

There’s much more to be done. Maricopa County’s population continues to grow rapidly, and the sometimes transient nature of the population means that public education efforts must continue on an ongoing basis. The sheer number of new people means new pets as well, not to mention the side effects of the pandemic — delayed treatment of pets, a wave of adoptions and more.

But Fix.Adopt.Save. is up for the task.

“It’s putting that spay and neuter education and medical funding out into the community to try to get ahead of it,” Hernandez said. “Hopefully, five years from now, we’ll try to stay stable and maintain the levels we’re at now, considering our population.”

Tom Evans is Contributing Editor of Frontdoors Media and a partner at ON Advertising in Phoenix.
More in: Furry Friends 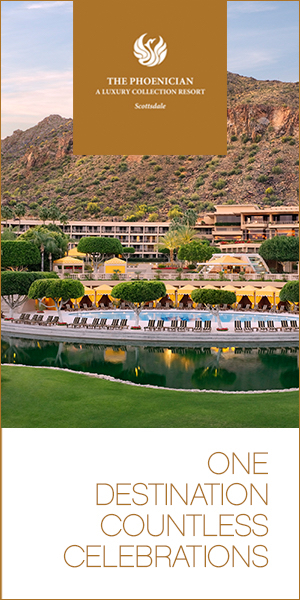