More than 170 Prima Circle members attended the opening night celebration for Ballet Arizona’s performance of Topia on May 23. Ib Andersen’s production of Topia ran from May 23 to June 10 at Desert Botanical Garden.

Prima Circle members came together to celebrate the end of the 2016-2017 season in the Boppart Courtyard with cocktails and hors d’oeuvres. Attendees heard from Samantha Turner, Ballet Arizona executive director, and Ib Andersen, artistic director. Andersen reflected on the season, saying All Balanchine was “pretty damn good” and noted that almost none of the current company dancers had danced in Topia since its last performance in 2013. Both leaders thanked donors and supporters in the audience.

Prima Circle members support Ballet Arizona with an annual donation of $1,500 or more.

Bob and Mitzi Olivere, and Linda and Ralph Lindgren

Steve and Merle Rosskam, and Rose and Harry Papp 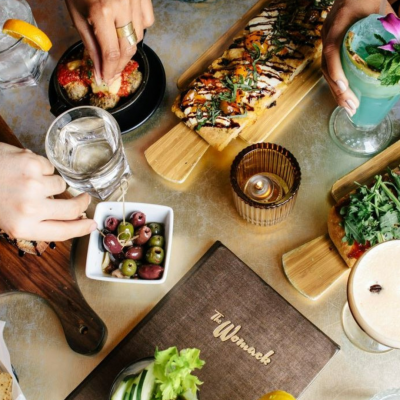 Tasty Bites and Creative Cocktails at The Womack