“The Weight of a Feather,” a new documentary about Liberty Wildlife narrated by Peter Coyote, premiered to an invited audience on Oct. 2 at Harkins Theatre Tempe Marketplace. The film explores how wildlife connects people, nature and cultures, and highlights the Liberty Wildlife Non-Eagle Feather Repository, which provides feathers for Native Americans for religious and ceremonial purposes.

Liberty Wildlife’s stories celebrate its appreciation and preservation of wildlife and nature through partnerships with Arizona Game and Fish Department, U.S. Fish and Wildlife Service, SRP, APS, The Peregrine Fund and Verde Canyon Railroad. The documentary features Tony Duncan, World Champion Hoop Dancer, and was filmed locally with a focus on the urban wildlife around Tempe Town Lake and The Rio Salado.

Executive producers Melani and Rob Walton recognized the profound impact of Liberty Wildlife and the role the Liberty Wildlife Non-Eagle Feather Repository plays in preserving Native American cultural identity. They felt a documentary would be a powerful way to share how the organization impacts wildlife and humans.

“We are proud to support Liberty Wildlife’s work to protect nature and preserve Indigenous cultures by honoring their stories and supporting their religious and ceremonial traditions through the Non-Eagle Feather Repository,” said Melani Walton, co-founder of the Rob and Melani Walton Foundation. “‘The Weight of a Feather’ is the story of how nature, people and culture are linked, and we hope that this inspires viewers to reflect on their own connection to the environment and how they can protect the planet.” 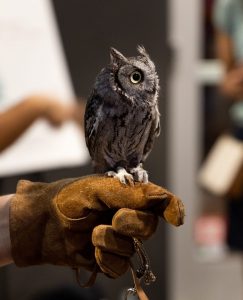 Virginia G. Piper Charitable Trust recognized Liberty Wildlife as a solution-oriented member of the community with a “Now is the Moment Grant.” “Piper Trust commends Liberty Wildlife for bringing this story of significant cultural importance to the forefront. This film will foster new and vital understanding of Indigenous peoples and their contributions to quality of life for all,” said Mary Jane Rynd, president and CEO of Virginia G. Piper Charitable Trust. “Storytelling like this is a powerful way to bring people together and strengthen our community for the long term.”

“The Weight of a Feather” is directed and written by Arizona Governor’s Arts Award recipient Kristin Atwell Ford and produced by the Emmy Award-winning team at Quantum Leap Productions, including cinematography by Bill Davis and editing/animation by Misty Wilson.

The film opens to the public at Harkins Tempe Marketplace Oct. 7 and plays over Indigenous People’s Day weekend through Oct. 13. There will be additional opportunities to see the film on television later this fall.

For more behind this Frontdoor, visit libertywildlife.org

Julie Coleman is a contributing writer for Frontdoors Media and helps individuals, families and businesses maximize the impact of their philanthropy.
More in: Featured 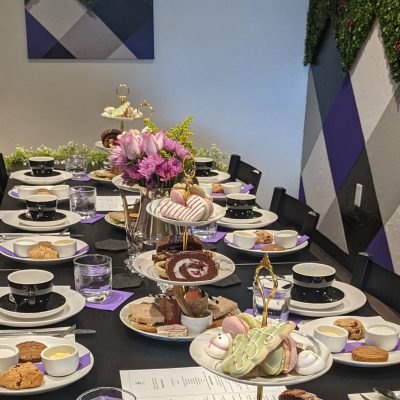